Styling a Glass Shower for a Compact Bathroom 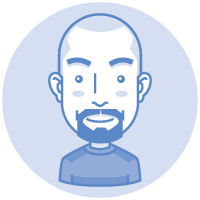 Shopping for glass can be difficult. Whether you are searching for a new shower screen, a window, a glass splashback or any other type of glass, you have to keep in mind several ideas. Want to learn more about the insulating properties of glass? Curious about repairs and how to do them on your own? Looking for cleaning tips? Need inspiration for a project? In this blog, I plan to write about all of those elements and more. If you want to learn about glass, you have come to the right place. Feel free to explore my posts, and if you enjoy them, share them with your friends. Thanks.

Styling a Glass Shower for a Compact Bathroom

The shower is one of the largest components in a bathroom, taking up a massive amount of floor area. It stands to reason that if you can make the shower as inconspicuous as possible, it will take up less space. In a small bathroom, this will help the room to appear bigger. You also need to ensure the room is functional and easy to get around in. Here are several tips on styling a shower for a small bathroom.

While glass is transparent, the metal hardware that holds it together is not. So the framing is a prime element to consider when making a shower appear unobtrusive. A frameless design uses small but strong brackets and hinges, so the glass is largely unencumbered. Thus, these showers don't create a strong visual boundary that blocks off the area from the room. On the other hand, the metal edging on fully-framed showers defines and cuts off a sizeable chunk of the room, so it seems smaller. Even though you can see through the glass, the extensive framing visually separates the shower.

Another aspect of a shower that's important in a compact bathroom is the door style. Two possibilities are outward-swinging and sliding doors. A sliding screen won't block the way of others in the room. Conversely, an outward swinging door creates a block and affects the design. You have to allow for the required floor space when planning the layout, thus reducing options.

Frameless showers offer the most design freedom as they can be joined in different ways to create the best size and shape for a compact bathroom. A corner shower stays out of the way, and you could install a hexagon shape that cuts off the shower corner, leaving more free floor area. Another possibility is a fixed screen, creating a wet room effect. The sleek lines of frameless screens are even less intrusive than a frameless enclosed shower with several screens.

Frosted glass shower screens create a more private enclosure, which some people prefer. However, these enclosures visually cut off the shower area even more than fully-framed clear screens. If your priority is spaciousness, transparent glass panels will give the most open effect. Low iron glass is the clearest of all as it doesn't have the faint green tinge evident along the edges of standard transparent glass.

For more information on shower screens, contact a supplier in your area.